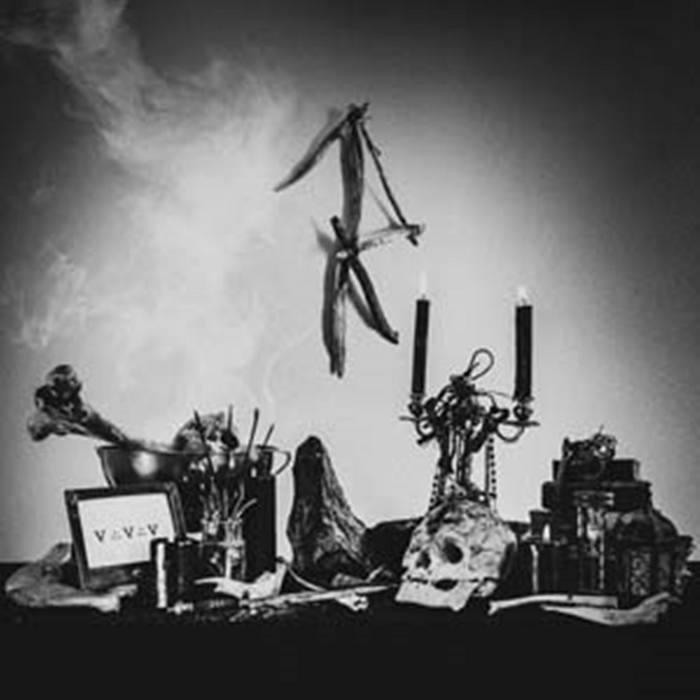 Kainskult keeps all the basic building blocks of Perfection & Permanence: the tribal drumming, the atavistic propulsion, the clattering metal percussion, and the abysmal growls. But somehow it reaches a new level of intensity, both sonically and lyrically. The latter read like a hallucinatory celebration of Kain, the Original Heresiarch. He is cast in the role of archetypal transgressor; the brother to all who wage war against the tyranny of Yaldabaoth. He raises the stone above His head, and with one willful strike slays His brother, the cowering slave. Through this one action He draws the Mark upon his skin, and sets in motion a series of events that will ultimately lead to the dissolution of the created worlds.
»Ravage Me! Death & Ecstasy«
Kainskult was channeled by ᚦᛟᚦ ⅩⅠⅩ at the 63rd Link, 21 XII 2014—21 VI 2017 e.v., with assistance by Alone in the Hollow Garden, Antti Litmanen, Fredrik Bergström, Peter Bjärgö, Thomas Bøjden, DE · TA · US · TO · AS, David S. Herrerías, Daniel Hofmann, Michael Idehall, Idlu Lili Regulus, Kim Sølve, Kim Larsen, Lina Baby Doll, Nordvargr, Joachim Nordwall, Nÿland ii, Aaron B. Turner, and Veil of Light. Vocals recorded at the 63rd Link by Dag Rosenqvist. Mixed by Peter Johan Nijland. Mastered by Linus Andersson at Element Studios.