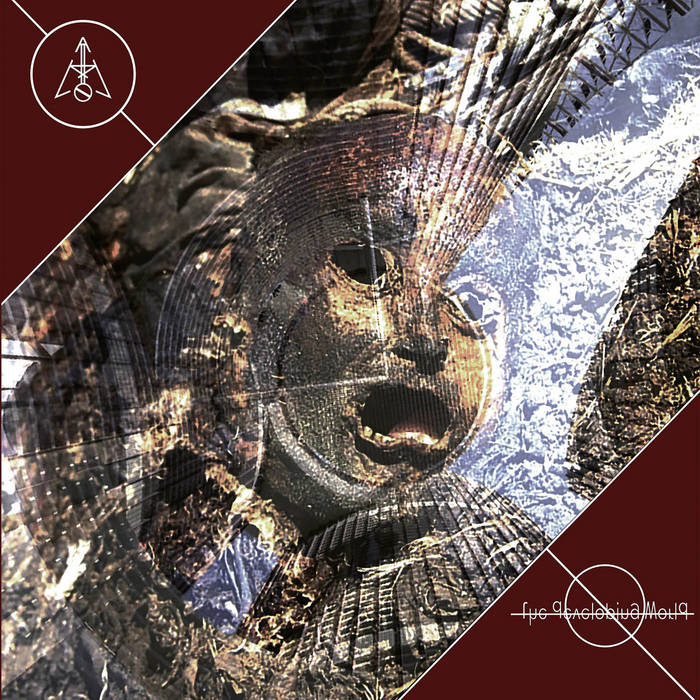 Ben Harris The album I credit with reigniting my interest in power electronics. Highly reminiscent of Swedish death industrial band IRM at their most belligerent, or The Grey Wolves at their most rhythmic. It's a fascinating and unflinching portrait of the nationalist rhetoric that addles so many English minds (the man behind the project is a British-Asian man), the failures of neo-liberalism to address ordinary people's needs, and a first world haunted by the leering spectacle of all-too-recent history. Favorite track: Beleaguered and Native II.

Am not s new album is pure assault of industrial/power electronics, well designed and structured - a tour de force from start to end...his most varied work to days!
AM NOT’s new album for Tesco Organisation starts with the idea of developing nations, and then moves on to explore the world itself as a project in development. From pickaninnies with grateful watermelon smiles, through to the rejuvenating power of capital investment and landscapes reimagined by great visionaries both living and dead – the world is in flux and constant development. But in every pile of rubble and ruin can be found redemption through reconstruction. The abandoned are rescued from dereliction and embraced by a new purpose. The forgotten and marginalised will be brought into care and raised up to a bold new form. Within the chaos unleashed by the dismantling of tired old structures are laid the foundations of new harmonious societies. Obsolete archaic monstrosities are razed to the ground and in their place new monuments¬ are erected from glass and steel, ever higher, ever more inspired.
But who will shape the outcomes of these great changes? What are the key drivers? Who are the key players and who will deliver a future that works for all and in which everyone has a purpose and everyone has a place?
And what of the individual? They exist now as they have always done at their own intersections between cultural, social, historical, economic and biological trajectories giving each their own unique place and function within the human system.
But as these trajectories are disrupted and diverted, the individual lives in a state of increasing precariousness and is taught that they are powerless to change or influence this.
For you, the individual, it is essential to be a step ahead of the rest – who like you are vying for their niche. The wise will forecast these changes and be prepared to take full advantage of what may come. Every individual is a competitor, and so will seek to take what is yours, so no quarter should be given to those who share a common need – as resources are limited.
Sell your shares, fortify your houses, invest in gold, stock pile fuel, choose your allegiances, change them as necessary, sharpen your blades, tear up your passport, seek asylum, hasten collapse, stay safe, take back control, seize opportunity and with your God willing, you will survive.